Pedersen Home Improvement has been serving Liberty Center for their roofing, siding and gutter needs for nearly two decades.

Liberty Center, OH is a short drive to Delta, Wauseon, Swanton, and Maumee to the North. South of Toledo and Perrysburg to the East. It’s located in Henry County OH.

Liberty Center’s population is 1,180 and it covers a total area of 1.04 square miles. The local post office has been in operation in Liberty Center since 1858. The village’s name was derived from Liberty Township.

Liberty Center is a small town that holds a lot of history going back to 1847. It was during this time that the Miami and Erie Canals were being completed that 66 residents were recorded as living in Liberty Township. In 1954, construction of the Wabash Railway helped to encourage trade at the halfway point between Washington Station and Napoleon, thus establishing Liberty Center as a railroad town.

Early Liberty Center proprietors began opening businesses around 1860. On June 4th, 1863, a man by the name of Alphaeus Buchanan registered a plot of 12 lots which became Liberty Center, OH as we know it today. On April 9th, 1874 the town was incorporated and became a bustling town along with Wabash Railway that was known for its prosperity as well as its convenient location on the railway and proximity to larger towns and cities.

Today, although the town is small, it’s filled with everything residents and families need to prosper. Liberty Center boasts an impressive amount of businesses for such a small town, including; a doctor’s office, dentist, bank, florist, antique shops, grocery store, a restaurant, a hardware store, and a newspaper shop. Additionally, there are a total of six churches in the community.

Residents love the small town, close-knit atmosphere as much as they enjoy the community and people they’re surrounded by. Liberty Center is a beautiful community to visit any time of the year, but it’s especially vibrant in the fall. The community hosts a fall festival with includes crafts, antiques, a car show, a chicken BBQ, a parade, and plenty of fun for the kids.

Liberty Center, OH has all the quintessential small town, Midwest charm, and hospitality that people from all over the country come to enjoy. With its proximity to Toledo, it’s easy for folks to come to visit for a day and explore or even stay awhile.

Let Pedersen Home Improvement provide peace of mind in your roofing, siding and gutter needs. If you need a Liberty Center roofing company, call 419-810-1586 today to schedule an appointment. 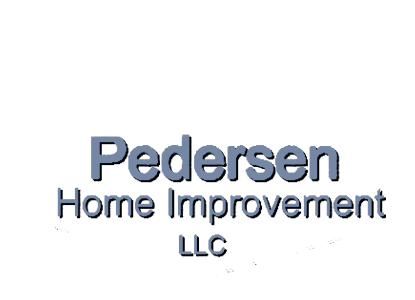